Participates in the studies of cerebral autoregulation in PROVE, GO PROVE and UPMOST 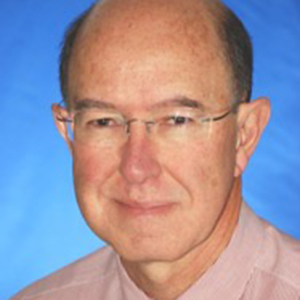 Ronney B. Panerai is an Emeritus Professor in the Department of Cardiovascular Sciences, University of Leicester, UK. He graduated in Electronic Engineering in 1970 at the Federal University of Rio Grande do Sul, in his hometown of Porto Alegre, Brazil. In 1973 he completed a MSc in Biomedical Engineering at the Federal University of Rio de Janeiro, Brazil and joined the Graduate School of Engineering of the same university as a lecturer. After obtaining a PhD at Imperial College, London in 1978, he returned to the Federal University of Rio de Janeiro where he became a Full Professor in 1983. Research interests at the time involved medical instrumentation, electrical impedance plethysmography, biological control systems, and medical applications of digital signal processing. From 1984-1985 he was a Visiting Research Professor at the University of Virginia, Charlottesville as a Kellogg Foundation Fellow, where he developed quantitative methods to apply health technology assessment to perinatal care in developing countries. In 1986 he was awarded the Manuel N Morales Young Investigator Prize from the Organization of American States (Washington DC). From 1978 to 1991 he was an advisor to the Brazilian National Research Council, a frequent consultant to the Pan Americal Health Organization and the first Editor-in-Chief of the Brazilian Journal of Biomedical Engineering (RBE). In early 1992 he took a Senior Lecturership position at the  Division of Medical Physics, University of Leicester, UK  and was awarded the chair of Physiological Measurement in 2000. This appointment included responsibility for physiological measurement services provided by the Department of Medical Physics, University Hospitals of Leicester NHS Trust. From 1992 to 2012 he served in the editorial boards of several peer-reviewed journals and was actively involved with the World Health Organization as a consultant on health technology assessment and health informatics.

After retiring in Dec 2012, he has been trying to keep away from the lab by sailing, travelling, walking, playing tennis and golf, and minimizing the exasperation of his classical guitar tutor.